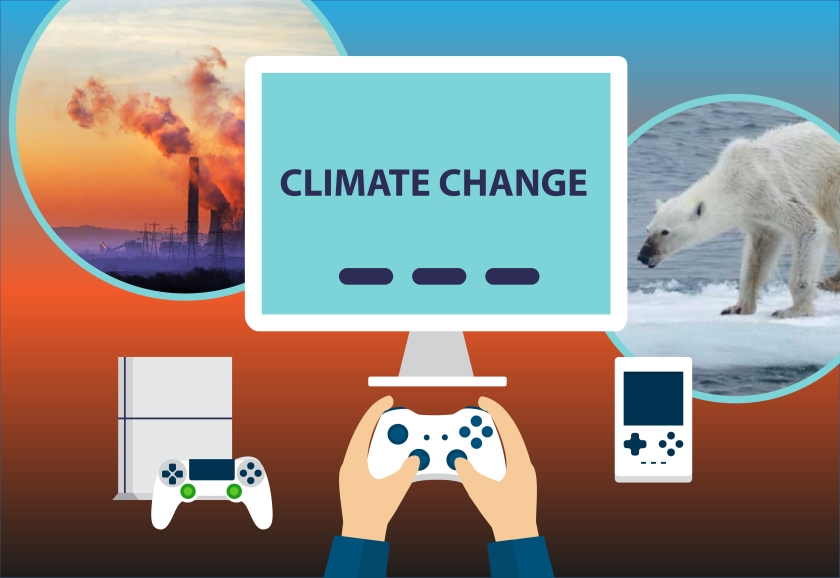 Climate change is considered the most serious issue that humans have to face in this 21st century. However, climate change awareness and the understanding of renewable energy are still limited. Invisible effects and uncertain prediction of climate change make it harder to be mainstreamed to young generation. In order to spread the ideas about this thorny issue, using leisure activities should be considered as an effective teaching method to a wide range of ages[1], in which gamification seems to be the most attractive and exciting way to millennials.

Being born in a technology era, young people nowadays are so familiar with digital entertaining activities. In the report Teens, Video Games and Civics, Pew Research Center claimed that 97% of teens play computer, web or console games2. Research by Carnegie Mellon University showed that by an age of 21, an average American will have played 10,000 hours of video game3. This information indicates that video game is becoming an essential part of young people’s leisure activities; Thus, by using gaming platform, the idea of climate change can be communicated implicitly and easily to young people.

To take the game Energy 20204, created by Tralalere and Universcience & France Television Education, as an example. This online serious game, whose target audiences are from 12 to 18 years old, was designed to encourage more responsible and efficient behaviours in energy consumption and promote using renewable energy. In a research conducted by Dr Peralta and her colleagues5, she found that after playing 2020 Energy, generally, around 20% more American and Spanish students (1) become more awareness about climate change and energy efficiency measures, (2) have more knowledge about the concept of sustainable development and clean energy sources like solar, wind, hydraulic and geothermal, and (3) change their attitudes as majority believes it is not difficult for them to reduce the effects of climate change and they can act to address this issue.

The initial success of Energy 2020 is understandable because many features of a serious game can offer in terms of educating and engaging youngsters in climate change and energy transition. For example, by using animation, the implications of climate change will be more visual and realistic to 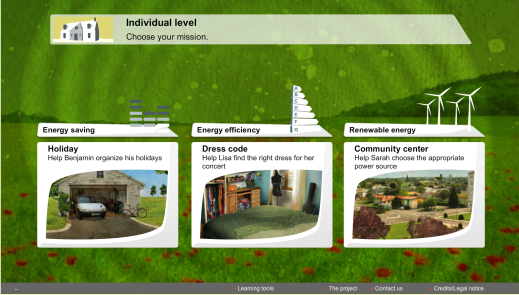 players; Experiential learning allows players feel more interactive and immersive with the particular problem presented in the game; By making own decisions in games, players can see the connection between their present and future in terms of sustainable development. By taking full advantages of games, I believe that the awareness of climate change will be raised seriously and the concept of sustainable development would be seen more local, visual and connected.

To sum up, the considered advantages of educating climate change and energy transition through gamification are:

+ The ability to communicate information and knowledge:

– Provide specific/depth knowledge about particular topic (For example, the cause of climate change; How to use energy efficiently; How to choose appropriate sources of energy to develop sustainably).

– After playing, players could know specific actions to reduce the effects of climate change and switch to use cleaner energy

+ Necessary conditions to apply: Can be used as an educated method in small classes, simply with laptops/computers.

In developing countries, the gamification approach is considered more economical for school and convenient for teachers as it can be used in small classes. By using video games to educate, the issue of climate change and energy transition seem less dull and naturally more understandable to pupils and students.