Campaigns are the heart of a traditional approach to PR. Every brand has created one and more often than not it has increased their sales. However campaigns, as we have come to know them seem to be a dated idea. Today, brands are more likely to use online influencers to drive their message. Whether this may be through Instagramers, bloggers, or vloggers these influencers are using affiliate links and their own followers to promote brands. But is this strategy really taking over a good old fashioned campaign and what we know as PR?

Over the years the fashion industry has seen some of the most successful and well known campaigns; Ted baker having one of them. Ted Baker are one of the most famous and successful British designers with a strong online presence. With 657k Instagram followers and 100k twitter followers their social media has become one of their main sources for communicating with their consumers. During 2015 they launched their “what’s in the cabinet” campaign. Their then 25,000, Instagram followers were given clues daily and had to try and guess what was in the cabinet. During these two weeks that the campaign lasted for their revenue increased by 20% and their retails sales increased by 18%. However is this really the result that brand should be receiving or could it be better and done much simpler by giving someone on Instagram a link.

Take MISSPAP for example. They are one of the most famous online clothing brands and are well known for using influencers to grow their business. This was shown in 2016 when MISSPAP needed a new technique to help them become bigger. During 2016 13% of their revenue was through giving affiliate links and discount codes to some of the most famous influencers.  For example Jayde Pierce, a well-known YouTuber who has 983k followers often gives her followers a code so they can receive a discount on the website as can be seen from the image below.

When I asked people whether they had heard about the campaign or the brand I was expecting my results to show me that this all may be down to ages and how different generations see the information. When I first asked Molly Valencia (20) if she had heard of the Ted Baker campaign she told me she hadn’t, however when asked whether she had heard of MISSPAP she had and that she knew about it through some of the people she followed on Instagram.

When asking Natalie Pearce (20) the same questions she answered exactly the same.  When I asked Paula Baxter (45), again, the same questions although she had heard of Ted Baker she hadn’t heard of the campaign and neither had she heard of miss pap. This indicates that maybe it is to do with age as the older generation aren’t using social media platforms like the younger generation are. So maybe cam

paigns still do work they just need to be used on social media to gain a larger audience.

Even though this seems to be the case there are plenty of brands in the fashion industry that have had extremely successful campaigns and don’t rely on influencers. 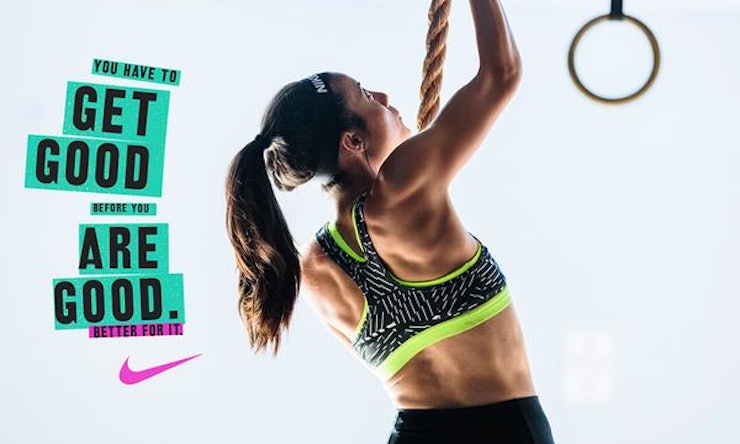 Take, for example Nike. One of their most successful campaigns was back in 2015 when it launched the “be better for it” campaign. This was at the time the largest and most integrated women’s campaign they had ever done. The campaign was raising attention and supporting women’s fitness. Due the campaign their sales increased by 13% and its overall net income increased by 24%. When asking the same three people if they had heard of this campaign neither the younger of the three had heard of it however Paula Baxter (45) knew of it and remembered it well. Maybe this was due to the campaign being a lot more popular than the previous or it could be down to the fact that social media platforms were not the only source that they used.

Looking through these examples it is evident that both PR campaigns and influencers are both having a strong influence over how well a brand is doing in the fashion industry. However although influencers seem to be takingI over it is still evident that PR practitioners are doing a good job with their campaigns. Overall the results of the campaign were still that bit higher than MISSPAP who mainly relied on influencers and social media. That’s not to say that brands should stop using influencers, it’s evident to see they are working and having a big impact it just means that PR and campaigns are still the most reliable to grow a fashion brand and PR practitioners should continue creating campaigns.