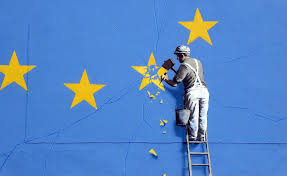 First of all, the United Kingdom contributes about 10% of the budget of the European Union. This contribution represents approximately 10 to 13 billion euros. Following the departures of the British, the member countries will have to find solutions to fill this departure. Today, the biggest budgets are regional aid and agricultural policy. With its two budgets, the European Union hopes to save money.

The German economic research institute IFO has carried out a study on the post Brexit and 2 scenarios are envisaged: A hard and a soft. However, in both situations, Brexit will be expensive for Europeans. In the positive scenario, a free trade agreement is put in place. Thus, the expense of Europeans would be bearable by paying 27 billion euros and neutral for that of the British. However, in the case of a negative scenario, the WTO rules will be put in place. Europeans would have a loss of about 44 billion euros and about 16 billion euros.

British businesses, trade and uncertainty attraction will also suffer the consequences of Brexit. Indeed, customs duties could increase with 5.6 billion pounds (7.2 billion euros) according to the WTO. These customs duties can be an opportunity for other states. Indeed, many companies are not ready to pay the new tariff barriers. They could therefore decide to leave the United Kingdom.

The United Kingdom and the European Union must negotiate the formalities of entry into the country. This agreement will impact all the countries of the European Union. The United Kingdom wants to keep the free movement of people so that moving and working in the country is not a problem. However, UK is not part of the Schengen area, so a visa will be needed to travel. This visa will concern all Europeans. These negotiations will affect all transport such as buses, ferries, trains, and airplanes.

The British would pay more and more to travel. First, the fall of the pound against the euro will likely reduce the purchasing power of the English household. In addition, currently, community agreements exist. These agreements allow any European airline to operate without limit of frequency, capacity, or price in European airspace. In addition, the UK will no longer enjoy the European benefits of no roaming charges for mobile phones, European rules to obtain financial compensation in case of delay or cancellation of a flight.